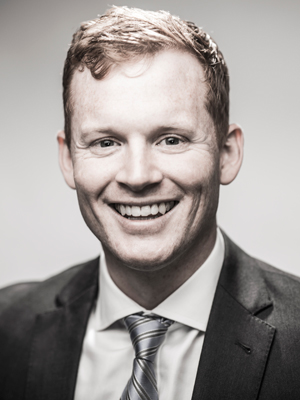 Matt Summitt tells employees who work under him, “I would love it if you were my boss someday.”

The senior manager at JPMS Cox PLLC says his goal is to train people to be better than he is. “I think the thing I really enjoy most is helping other people grow in the profession,” Summitt said. “It’s great to give good client service, but it’s really fun just to help younger people.”

Summitt never planned on being an accountant; he went to Harding University majoring in pre-pharmacy, but a semester in, he decided it wasn’t the best fit. His fondness for math prompted a change to accounting.

Summitt has been at JPMS Cox since graduating in 2006, beginning as a staff accountant and working his way up to senior manager.

In 2013, he received the Outstanding Emerging CPA in Arkansas award from the Arkansas Society of CPAs.

“Success comes from knowing you did your best to become the best that you’re capable of becoming,” Summitt said.

Outside of the office, Summitt is on the board of Our House and has worked with Easter Seals, Habitat for Humanity and the Cystic Fibrosis Foundation. He credits his workplace for helping him get plugged in and involved with some of these organizations.