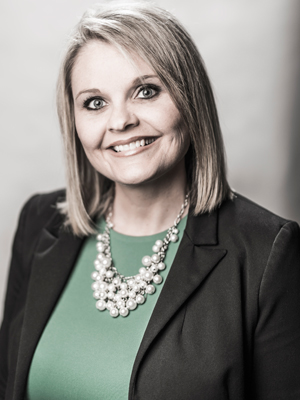 By the time Tracy Triplett was 13, she was the assistant manager of a KFC. And her work experience only grew from there.

After graduating from the University of Arkansas School of Law in 2007, Triplett became an assistant U.S. attorney for the Western District of Arkansas, where she became the head of the financial crimes task force.

“I love knowledge, and I love to gain more knowledge,” the Denver native said. “But I’ve always known that management was in my heart.”

So Triplett, who had worked for Wal-Mart as a cashier when she was 15, returned to the Bentonville retailer in 2011 as a senior manager for legislative affairs and worked on compliance issues. It wasn’t long before she was promoted to be the director of Wal-Mart’s global investigations.

Outside of work, Triplett is involved in several organizations, including serving on the board of the Walmart Foundation’s State Giving Program for Arkansas.

Triplett said what motivates her is doing things for others. “I thrive on feeling like I’m making a difference in people’s lives,” she said.