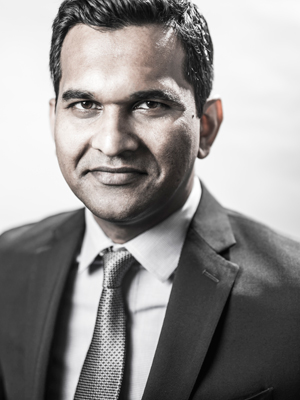 It didn’t take long for Balachandra Visalatha to have an impact at Sam’s Club.

After being wooed away from American Express in New York in 2012, Visalatha was put in charge of designing and launching multiple loyalty programs for Sam’s Club, which is a division of Wal-Mart Stores Inc. of Bentonville.

His programs were a hit for Sam’s. He was named Membership Associate of the Year for 2012.

In January, Visalatha was named senior director of membership and marketing for Sam’s Club. In March, Sam’s gave him the Be the Change award for his leadership and attitude at the company.

Born in India, Visalatha graduated with a mechanical engineering degree from the Indian Institute of Technology in 2000. He also received an MBA from the Indian Institute of Management in 2004. He moved to the United States in 2007, when he was working for American Express. When he left the company in 2012, he was its senior manager for product strategy and marketing.

Away from Wal-Mart, Visalatha mentors people who recently moved from India to northwest Arkansas to help them make the adjustment to the environment.

He said he’s motivated by trying to make people’s lives better. “That’s what drives me,” he said. “And Wal-Mart’s mission fits in really, really well for me on that front.”