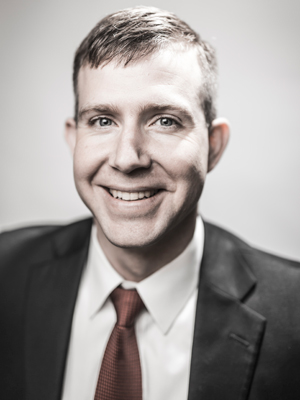 Wes Ward is a native of Lake City in northeast Arkansas, an attorney and a captain in the U.S. Marines. He has been Arkansas’ agriculture secretary since March 2015. “Getting to work for agriculture on the state level and to work for the governor I would say is the biggest honor of all,” he said.

The son of a Baptist minister, Ward has been in the Marines and Marine Corps Reserves since he finished high school. He has an agriculture business degree from Arkansas State University and obtained his law degree and a master’s in agriculture and food law from the University of Arkansas.

Ward, who has been deployed to Afghanistan and Jordan, has been notified that he is in line for promotion to major.

“I grew up in a rural area, and having been gone for several years, I wanted to come back to that and wanted to be involved in agriculture and rural areas,” he said.

Ward has worked as a field coordinator for U.S. Rep. Rick Crawford and as an adjunct law professor at the UA School of Law.

He was part of Arkansas’ delegation to Cuba last year and has been named to the Cuba Consortium, a national group that is monitoring the normalization of relations process between that country and the United States.