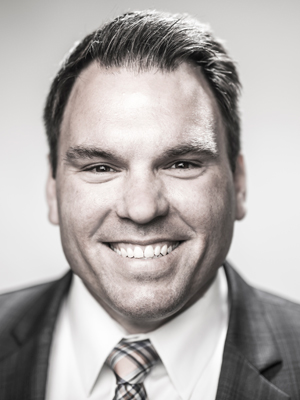 Delta Plastics of the South

Sean Whiteley, CEO of Delta Plastics of the South and its sister company, Revolution Bag, for about four years, believes in success through teamwork

His favorite saying, attributed to 18th century poet and abolitionist John Greenleaf Whittier, is “You lift me, and I’ll lift you, and we’ll ascend together.”

A North Carolina native, Whiteley has an economics degree from Duke University and an MBA from Harvard. Before joining Delta Plastics, he spent more than 10 years advising, managing and investing in middle-market privately held companies, including as an officer at BlackArch Partners in Charlotte, North Carolina.

He serves as counselor to the president of the Little Rock Arkansas Stake of the Church of Jesus Christ of Latter-day Saints.

His mother, Valli Whiteley of North Carolina, is the most influential person in his life, he said. “Everything good that I have in my life is at least in part, and in many instances in whole, a reflection of what she taught me: hard work, serving others, a desire to always get better, to continuously try to improve myself both personally and professionally.”

“A very, very close second is my wife, Laura. She is a wonderful person.”