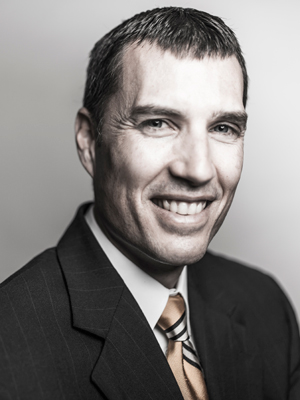 Bank of the Ozarks Inc.

Mark Wilson, a senior vice president at Bank of the Ozarks, grew up on a family farm in Hickory Ridge, near Wynne, which may have shaped his down-to-earth business philosophy: “It’s never wrong to do the right thing.”

That idea shapes his approach to private banking, his specialty at the $9.8 billion Bank of the Ozarks, which he joined at age 30 to help form the Professional & Executive Client Group.

At 34, Wilson became a vice president and manager of the group, something he scarcely imagined when he broke into banking in customer service at Regions Bank.

But Wilson’s rise was swift. After managing a Regions branch, he became a commercial credit analyst and then a commercial lender at Regions. Before joining Bank of the Ozarks, he managed a $60 million loan portfolio for Regions’ Private Banking Department.

“You have to communicate with customers,” he said. “Never go home without returning that phone call. Never put off that email response.”

Outside the office, Wilson is active in the Rotary Club of Little Rock, where he is on the scholarship committee. He has helped plan special events for the Arkansas Foodbank and was a teacher and volunteer for Junior Achievement of Arkansas.