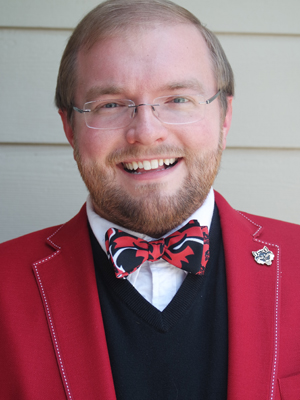 He’s only 28, but Kade Holliday is completing his second term as Craighead County clerk.

A Jonesboro native with a degree in corporate finance and banking and an MBA from Arkansas State University, Holliday said he never planned to run for political office. “I was preparing to get a doctorate in finance, … but some people discussed with me potentially running for county clerk,” Holliday said, adding that he entered the race in 2012 after the filing deadline, so he ran on the Green Party ticket and won.

During his two terms, Holliday has addressed all outstanding IRS issues left by the previous office holder, streamlined a number of processes within the department and reduced the office’s budget. He is involved with the Arkansas Association of County Clerks.

Active in the Rotary, the Chamber of Commerce and the Jonesboro Young Professionals Network, he credits Ken Carroll, director of the ASU marching band, and Philip Tew, a finance professor, with pushing him to succeed.

While he is running unopposed for re-election in November, he said he will someday pursue a doctorate. He also is considering his future in county and state politics.