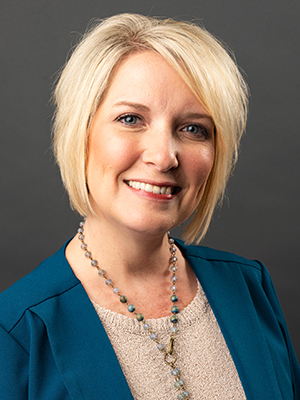 Shann Carpenter has always been a numbers person. She deployed her math skills in banking in 2009 at Crossett’s First National Bank as assistant vice president-controller.

In 2016, she added the Graduate School of Banking at Louisiana State University to her resume and was promoted to senior vice president and chief operating officer at the $156 million-asset lender.

Last year, Carpenter was promoted to executive vice president and chief financial officer and joined the First National board of directors.

“In her spare time,” she also owns and operates the H&R Block franchise in Hamburg.

From 2004-09, Carpenter worked for the Crossett accounting firm of Richard L. Maxwell & Associates PLLC as a staff accountant while completing her college coursework.

She graduated in 2006 from the University of Arkansas at Monticello with a bachelor’s degree in accounting.

Carpenter is a volunteer at the Greater Crossett Area Food Pantry, where she is a past president and treasurer.

She serves as treasurer of the Kiwanis Club of Crossett, where she is a past president and 2013 Kiwanian of the Year.