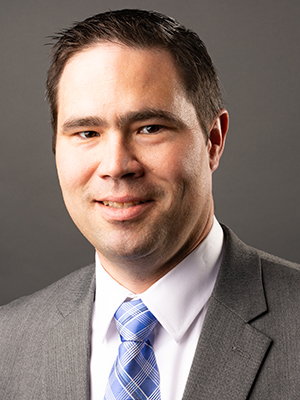 For the past 13 years, after a short detour in corporate work, community banking has drawn Scott Copeland’s career focus.

The Hazen native graduated in 2002 from Arkansas State University at Jonesboro with a bachelor’s degree in corporate finance. After college, Copeland joined Alltel Corp. in Little Rock, where he worked in corporate accounting.

In 2005, Copeland relocated to north Arkansas and joined Integrity First Bank as the Lakeview branch manager.

A year later, he moved to Mountain Home to work as a consumer/commercial lender through 2012, first as an assistant, then as vice president.

In 2012, Copeland also graduated from Barret Graduate School of Banking at Christian Brothers University in Memphis and joined Bank of the Ozarks for a brief stint.

He returned to Integrity First Bank in mid-2014 as executive vice president and in March 2018 was promoted to community bank president for the $484 million lender’s Mountain Home market.

On the civic front, Carpenter is finance chair for the Food Bank of North Central Arkansas and sits on the boards of Twin Lakes Community Foundation, Twin Lakes Future Fund and the Peitz Cancer Support House of Baxter Regional Medical Center.