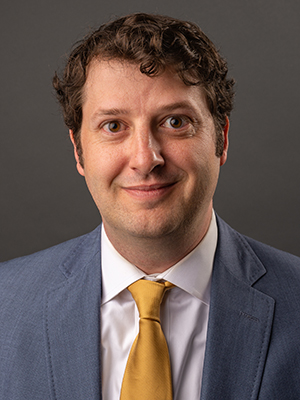 Nikolai DiPippa believes that now, more than ever, people need open discourse, and the speaker series he runs for the Clinton School of Public Service offers it.

“The creation of a space where thoughts can be expressed and the community gain, to create a community that people can come to and express themselves, is something that is extremely valuable, I think, to my hometown,” he said. “It’s a place where people can come and be inspired to do different things, or to learn a different subject, or to maybe experience a different viewpoint than they may have thought was out there.”

His work at the school began before it opened, 12 years ago, when he was looking for a summer job while preparing to pursue a career as a lawyer. But DiPippa doesn’t regret not pursuing that path. There’s never a dull day at the Clinton School, he said.

DiPippa is also a founding board member of the Arkansas Italian Food & Culture Festival, which was held for the first time this year. He said the event highlighted his heritage and benefited the Boys & Girls Club of Central Arkansas.