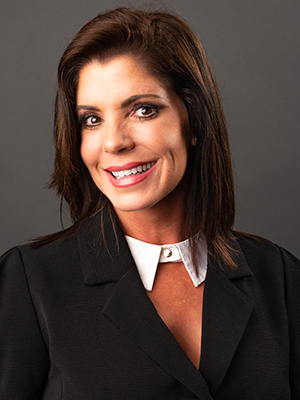 The 39-year-old and her husband, Jerry, started Fenter Physical Therapy of Marion in 2006 and watched it blossom to five outpatient clinics and a home health division that serves 12 counties in eastern Arkansas. Its services include pediatric therapy to school districts and outpatient, physical, occupational and speech therapy to children and adults. The company, which also serves nursing homes, has 55 full-time employees and about 10 part-time workers.

After graduating from Arkansas State University in Jonesboro with a master’s in physical therapy in 2004, Fenter worked in northwest Arkansas for a little more than a year.

The couple then decided to move to the Delta to start a physical therapy company. “There is a lot of need here,” she said.

Growing up in Sherwood, Fenter enjoyed sports and any type of physical activity. “I knew I wanted to be doing something that was active and helping people,” she said.

Fenter, who is the president of the company, also works as a physical therapist.

Outside of the office, Fenter was the Marion Chamber of Commerce board president in 2015. Her company also is involved in several local fundraisers.

She said her parents set an example that she follows today. They “really showed me how to genuinely care about people and to work hard,” Fenter said. “That’s what makes the world go around and makes good things happen.”