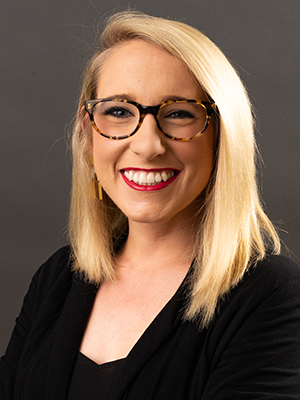 Kim Lane wears a lot of hats, but she loves all of them, and they all require her to be a problem-solver.

“A lot of what we do is teaching people how to solve the problems that they face, and I am particularly passionate about spreading the message that every problem has a solution,” she said.

All of those programs help entrepreneurs, but her career didn’t start out that way. After graduating from Hendrix College, Lane worked in advertising and as a freelance editor. She then became the first digital director at AY and Arkansas Money & Politics magazines.

While there, Lane found that a lot of “cool stuff” was happening in the entrepreneurial space and she wanted in, so she co-directed the Arkansas Regional Innovation Hub’s HubX-LifeSciences accelerator and became the Hub’s director of operations before joining the Conductor as COO. She was named its CEO in March.