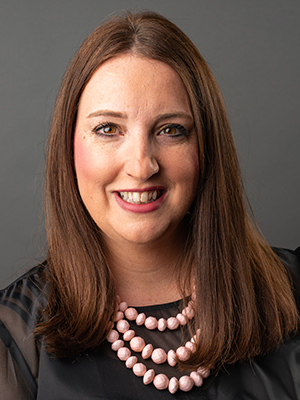 Growing up in Greenbrier, Kathleen Lawson always knew she wanted to be involved in public service. Now, as the executive director of Economics Arkansas, a nonprofit promoting economic literacy, Lawson is excited to be working on projects that will help students.

Lawson was getting involved as far back as the sixth grade, when her desire to help others resulted in her founding the Greenbrier chapter of Kids for Saving Earth. As schooling led her to nonprofit work, Lawson said, everything she did felt like a stepping stone to the next part of her career.

Lawson earned both her undergraduate and graduate degrees from the University of Arkansas at Little Rock, and went on to work at the Museum of Discovery, where she spearheaded the Discovery Network, a statewide education support program. Her six years with the program were challenging, Lawson said, but she likes proving to others she can manage difficult tasks. “I think naysayers kind of encourage me a little bit more,” Lawson said.

Along the way, mentors have given Lawson different kinds of support. Les Lane, executive vice president at Arkansas Capital Corp., stressed the importance of having goals. Museum of Discovery CEO Kelley Bass provided encouragement and autonomy. And Cynthia VanWinkle, owner of Circle Communications Network, was a strong female role model.