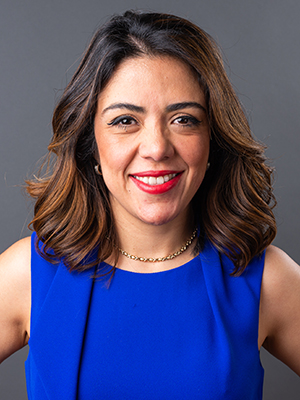 Born in El Salvador, trained early in English and schooled with German academic rigor, Esperanza Massana-Crane was a natural for luring international business prospects to Arkansas. “It opened a new world for me,” she said.

Massana-Crane landed in Arkansas at 17 as a Harding University freshman. Later, working at CJRW, the marketing firm that does state tourism work, she saw pictures of Arkansas’ beauty and started driving the state to see it. “You bloom where you’re planted,” she said.

Fluent in Spanish, English and German, and competent in French, Massana-Crane started her journey in Santa Tecla, El Salvador, where her grandfather taught her the dignity of hard work and her mother, grandmother and aunt showed her that women can excel.

“Education and empowering women are two causes dear to my heart,” she said, mentioning her work on the boards of AR Kids Read, a children’s literacy program, and Girl Scouts.

Between a 2002 bachelor’s degree and a 2005 MBA at Harding, she traveled Central America for Nine West, the shoe company. “I had no plans of working in Arkansas, but in graduate school I submitted a business plan for the Governor’s Cup [an entrepreneurship competition] and my proposal got into the hands of the CEO at CJRW, who at that time was David Martin.”

After seven years at CJRW, she joined the AEDC in 2013, where she oversees marketing to recruit national and international companies.

“Our work benefits other people,” she said. “It’s very touching to realize that you were able to help provide jobs and change lives.”