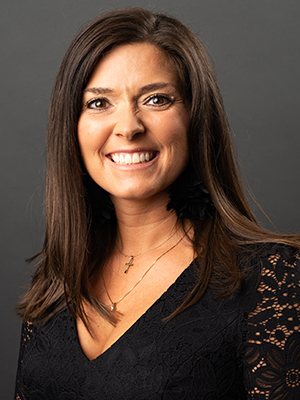 Bank of the Ozarks

Jennifer Ruhlman’s degree in health sciences has served her well in maintaining a healthy lifestyle, but it was the part-time job she took in college that turned into a career.

“When I was a child, my cousins and I would actually play banking. So in college I needed a part-time job, so I thought being a bank teller would be fun. And it was fun.”

Ruhlman went to work for Regions Bank in west Little Rock shortly after it acquired First Commercial Bank in 1998. After graduating from the University of Arkansas at Little Rock, she joined Arvest Bank, and within a year was promoted from customer service representative to assistant branch manager and customer service trainer.

Bank of the Ozarks hired Ruhlman to open a branch in Benton in 2005, and she became part of the team that integrated newly acquired banks into the BOZ system and culture.

In 2010, she was named chairman of the bank’s management automation system, a role that required her to work with every department to determine “which systems were working and what we wanted our bank to look like.”

In 2012, at 33, Ruhlman was named senior vice president and regional manager for central Arkansas. In that role, she oversees 14 branches — and she hopes to have more responsibility in the future — statewide, then several states. Eventually she’d like to be responsible for all retail banking for Bank of the Ozarks.

She also volunteers for Junior Achievement. “Financial literacy is something I’m passionate about,” she said. “It became evident to me early in my banking career that people do not get any financial training at all. Sometimes doctors and lawyers are the worst.”