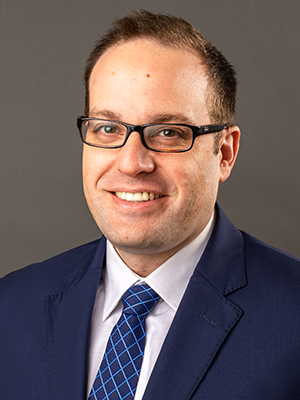 Taylor Speegle fell in love with theater at an early age, a byproduct of having parents who were involved in community theater in Rogers.

Speegle graduated from the University of Arkansas at Fayetteville with a degree in theater before enrolling in Carnegie Mellon University in Pittsburgh to get a degree in production design and management.

Just before he graduated, the university asked him to produce its centennial celebration. He fell in love with the combination of performance, design and production.

“That is really where I got exposed to fundraising, for the first time,” Speegle said. “I felt like I found it; I found the thing I was looking for.”

Speegle has taken those producer skills to the WAC and the Walmart AMP (Arkansas Music Pavilion). “I’m the business guy behind what’s going on in live entertainment,” Speegle said. “It fits me really, really well. I love talking about production with the team at the WAC. I also really love the idea of crunching numbers, making sure we’re staying on budget.”

Speegle said the WAC’s mission appeals to him, as well. “I have always been a mission-driven kind of guy,” he said. “As a nonprofit, we’re raising money to expose children in northwest Arkansas to the performing arts and art in general. That was afforded to me as a child, and I want to make sure that happens for everybody.”