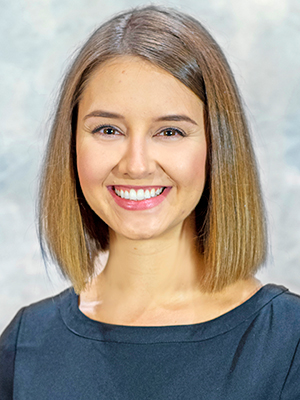 A quest for extra points in a University of Arkansas class led to Mary Fair’s career in airport engineering at Garver LLC of North Little Rock.

“I attended a presentation for bonus points, and a man from Garver was doing that presentation,” Fair says.

The man was Bert Parker, a 40-year fixture at Garver. Fair told him she was interested and became a Garver intern before her senior year.

A Little Rock Central High graduate, Fair got her civil engineering degree in 2012 and earned her professional engineering license in 2017. She is president of the Arkansas Society of Professional Engineers’ Central Chapter, a notable accomplishment considering that fewer than 20 percent of U.S. engineers are women.

She enjoys large projects in particular and worked on the new $30 million airport in Conway, Cantrell Field.

Fair has been involved with Make-A-Wish Mid-South and the Junior League of Little Rock, where she’s chair-elect of the committee overseeing its 1910-vintage Second Renaissance Revival Style headquarters.

“It’s really a lovely building,” Fair said. “My husband and I had our reception there.”