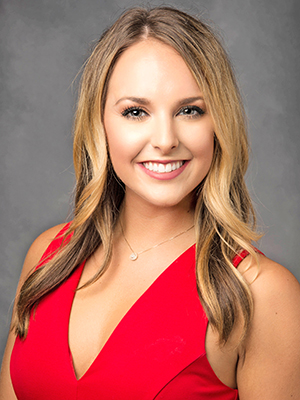 Lauren Frederick’s decision to pursue a career in real estate began with a commercial real estate holding company calling her in for an interview, by mistake.

They thought she had a real estate license; she didn’t then. But Frederick said she was still interested in the opportunity that job offered.

Now she’s having a blast at Haybar Real Estate in Little Rock. “I try to take a ‘work hard/play hard’ approach, though I don’t believe they always have to be separated. One can have a lot of fun in our business …,” Frederick said.

The Magnolia native earned her bachelor’s degree in business administration from Arkansas Tech University but wasn’t sure what she wanted to do with it until that interview.

She moved to Little Rock after school and feels that, in four years, she has built the strong network she needs to be successful. She enjoys learning from more experienced professionals, too.

Frederick also has a lot to look forward to. She’s obtained equity ownership in some of Haybar’s projects, and her hope is to bring her talents to southwest Arkansas in the future.

She serves on Little Rock’s Historic District Commission and on the Arkansas regional board of Make-A-Wish Mid-South as well.