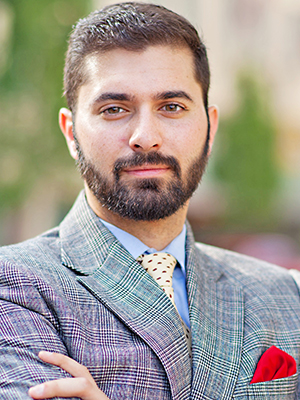 It seemed natural that Michael Goswami would become an attorney.

Growing up in Bryant, Goswami liked to argue and debate issues. He also spent some summers visiting family in San Francisco, where his uncle is an immigration attorney. “I’d always go to his office,” said the 28-year-old. “I’d see that, and it’s kind of interesting and enamoring.”

In 2016, Goswami joined the Rose Law Firm in Little Rock as a corporate associate, where he’s counseled corporate clients about buying and selling assets of $800,000 to $100 million.

Goswami is a believer in the American dream. “I like to see my clients have their bank account grow, have their wealth protected and have their families be very comfortable in their lifestyles,” he said. “And if I’m playing my part in that, I feel like I’ve done my job well and that’s a big driver for me.”