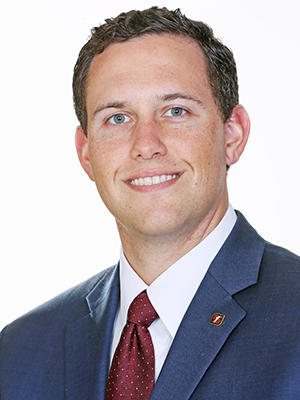 J.C. Keeton had little experience with banking before he joined Simmons Bank in August 2016,

but he had a mentor who believed in him. Within a year of being hired as director of internal controls, he was promoted to lead the department.

As a CPA, Keeton worked mainly with clients in insurance, manufacturing and distribution. He left BKD for a job with Frank Fletcher Cos. in Little Rock. After his mentor at BKD, Johnny McCaleb, joined Simmons, he helped recruit Keeton to one of those jobs that was created in publicly traded banks by the demands of the Sarbanes-Oxley and Dodd-Frank laws.

Some major acquisitions have pumped Simmons’ assets from about $8 billion to more than $16 billion in the two years since Keeton arrived.

“Most of our acquisitions have been non-public companies, so to bring their processes and procedures up to SOX compliance is what I was brought in to do,” Keeton said.

No longer a banking novice, Keeton says he’s found a home. “I don’t know what my plan is. My plan is to stay at Simmons and see it grow.”