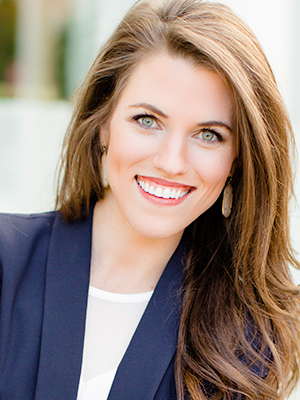 She grew up on a farm near Moro, population 188, and worked under Riceland Foods’ Ben Noble while he led Aarch Communications and Noble Strategies.

Ward succeeded Noble as executive director of the Arkansas Rice Federation over a year ago and now represents an industry worth $6 billion a year to the state. “I’m definitely a farm girl,” she says, even though she now lives in Little Rock.

Ward attended Lee Academy in Marianna and the University of Arkansas, where she was student body vice president and worked closely with the athletic department. She got two bachelor’s degrees, then an MBA, and worked in public relations for the Arkansas Farm Bureau Federation and U.S. Sen. John Boozman. She joined the Razorback Foundation, where she worked on rebranding and a program that increased membership 20 percent.

Ward is a commissioner for the Little Rock Water Reclamation Authority and completed the Arkansas State Chamber’s Leadership Arkansas program. She helped plan the Red Jacket Ball for City Year, which helps AmeriCorps members serve public schools in Little Rock. She has raised awareness and money for the Cystic Fibrosis Foundation and the Arkansas Foodbank. She attends Fellowship Bible Church.