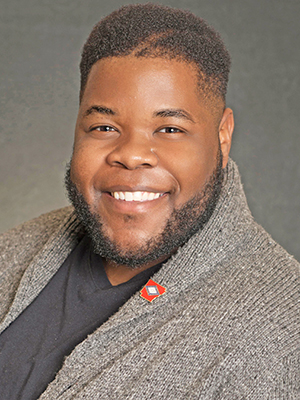 It’s too late for Rashad Woods to reach his childhood goal of being the nation’s first black president, but he settled for a fine consolation prize: becoming city councilman in the community that means the most to him.

Woods is the youngest person and the first black male to be elected to the Dardanelle City Council. He defeated incumbent Kenneth Taylor by 45 votes in November 2016.

Woods, an assistant editor at the Dardanelle Post Dispatch, got the idea to run for office after attending council meetings for the paper.

“With the newspaper, I would have to go to council meetings, and they would turn to me and ask me questions,” Woods said. “I was, ‘I don’t know if I’m supposed to speak.’ I might have been out of turn. I said I want to be in the circle.”

Woods said he wants to be an example for the young people. “I don’t want to be a career politician; I tell everyone that,” Woods said. “I’m just an average Joe trying to make things better for our common-life people. I love what I do. I ran at an early age to open the door for young people, tell them we can do it.

“If you can see me doing this, I can see anybody doing it. If anything, I want to be a trailblazer to let young people know you can do leadership at any age.”