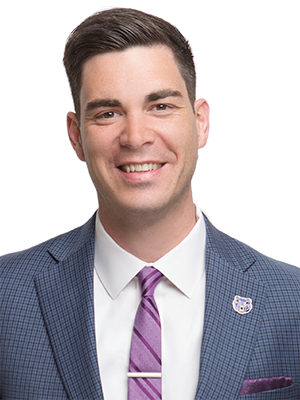 Kale Gober believes his success has always been a team effort.

For more than three years, the El Dorado native has led his team at the University of Central Arkansas Division of Advancement and the UCA Foundation to record-breaking fundraising campaigns. Total funds raised at UCA jumped from $6.1 million in 2017 to more than $10 million in the university’s 2018 fiscal year, and Gober’s team raised more than $757,000 on the university’s annual Day of Giving in March.

But Gober doesn’t look at success merely in terms of dollar signs. “For me, our fundraising is a testament to how hard the team has worked and how well we have connected with the community,” Gober said.

Gober credits his team’s community engagement efforts in part to the strong base of UCA alumni living in Conway, because they have a shared interest in seeing the university and its students succeed.

Gober is also taking steps to focus and coordinate the development efforts of the campus community, working closely with two of his mentors in the UCA leadership, President Houston Davis and Athletic Director Brad Teague.