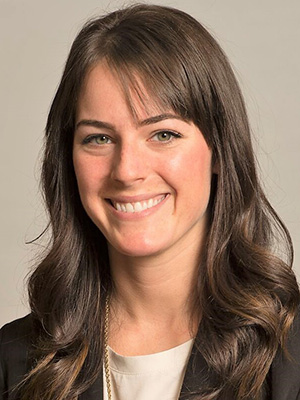 Katherine Andrews — her new last name — earned a degree in finance from the University of Arkansas in 2013 and joined the Hathaway Group in Little Rock.

In 2016, she took that experience in commercial real estate to the Arkansas Economic Development Commission, where the paycheck is more predictable than commissions and the work has a lot of parallels. “We’re almost like the sales team for the state.”

She has worked on big projects, but the most rewarding was one of the smallest, in the Arkansas Delta town of Trumann. “There was a company that was expanding their manufacturing facilities, and they needed help with their incentives. How much impact that has on their city and the people who are working for them — it made a big difference to the people in that town.”

Representing the state has required Andrews to develop her mettle. “I’m sometimes the only woman in the room, and it took me a long time to be able to confidently walk into that room and know what I was saying and to confidently look people in the eye.

“I would encourage more women to get out there and get after it.”