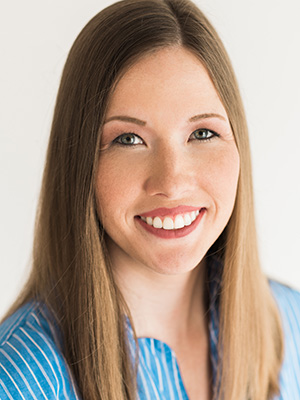 If you need a Russian speaker, Meg Hart is the one to call. Born in Little Rock, Hart lived in Russia with her missionary parents from age 9 until she enrolled at Ouachita Baptist University.

Before graduating in 2014, she was recruited by PricewaterhouseCoopers, one of the largest public accounting firms in the world. PwC had not hired from OBU in several years, but Hart saw in the Little Rock office “all the things you love about Arkansas — the small community, the Southern hospitality — while being connected to a big national organization.”

In public accounting, most young associates are promoted on a standard schedule, but Hart has been on a fast track. She’s the youngest manager in the Little Rock office and in the “greater Texas” region, which includes Austin, Dallas, Houston, San Antonio and New Orleans.

While associates and senior associates do the day-to-day work, managers like Hart oversee the risk in an audit and present the findings and observations to executives of the client companies. And she’s doing that for some of the most recognizable business names in Arkansas.