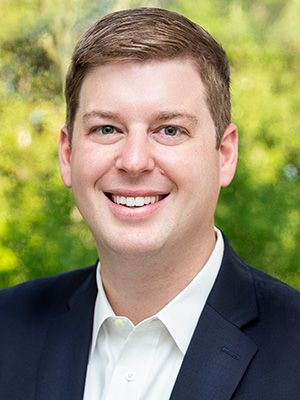 Jacob Lively didn’t have a clue what he wanted to do when he arrived at Ouachita Baptist University. Maybe he’d be a doctor, he thought, so he earned a bachelor’s degree in biology.

While at OBU, Lively was elected student senate president. Then he was encouraged to attend law school, so he took a year off to mull it over.

In 2016, he graduated from the University of Arkansas School of Law, passed the bar and landed at Wright Lindsey & Jennings LLP in Little Rock.

In November, Lively joined Pediatrics Plus, based in Conway, as general counsel and director of human resources. He considers being offered a post of that magnitude to be his greatest professional achievement, and he enjoys the problem-solving and opportunity to be more of a visionary that came with the job.

Lively also enjoys playing golf and flying planes; he has a private pilot’s license, but doesn’t use it as much as he’d like.

In addition, Lively is on the Ouachita Alumni Advisory Board and the board of Community Connections, a Conway nonprofit focused on improving the lives of children with disabilities and their families. He is also a member of The Hat Club of Little Rock, a nonprofit that organizes community events.