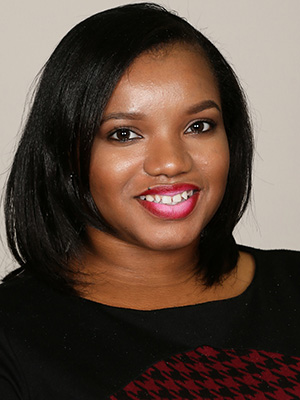 “At that time, I didn’t know what a bookkeeper was,” said Pettis, who grew up in Little Rock battling numerical dyslexia. “Focusing on numbers made me fall in love with math more.”

Challenges notwithstanding, her interest was piqued in a career filled with numbers. She followed that up by graduating from Conway’s University of Central Arkansas in 2013 with a bachelor’s degree in business administration with an emphasis in accounting.

After college, Pettis gained experience as a bookkeeper at the Conway office of the Salvation Army and as a financial assistant at Practice Plus in Little Rock. She joined the Little Rock real estate investment trust of BSR as a property accountant in December 2014 and was promoted to her current position of senior corporate accountant at the publicly traded company in May.

The civic resume for Pettis includes volunteering and helping raise funds for the American Heart Association and the Little Rock Boy & Girls Club. More of her charity involvement includes working with the Derek Lewis Foundation fighting childhood obesity, the Salvation Army and Bikes for Kids.