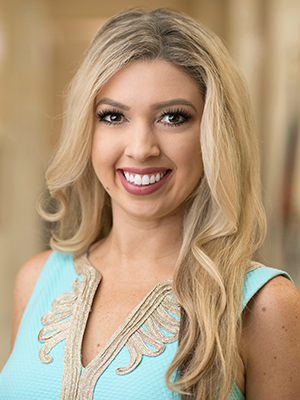 She managed a $6 million budget directing operations at his office, and was the Arkansas Women’s Foundation’s 2019 Woman of the Year in Philanthropy. But the clincher? “She won the title of Best Performance at the Dancing With Our Stars event for the Children’s Tumor Foundation,” the governor said in a letter of support for her 40 Under 40 nomination.

Kidding aside, Curtis calls Hutchinson a model in “how he works and how he leads.” In work and in life, her motto is to be loyal and honest, “to myself and to others.”

“I’m working on a cohesive message after we merged 10 separate departments into one,” she said, describing the governor’s streamlining initiative. “We want people to know that we’re doing their work efficiently.”