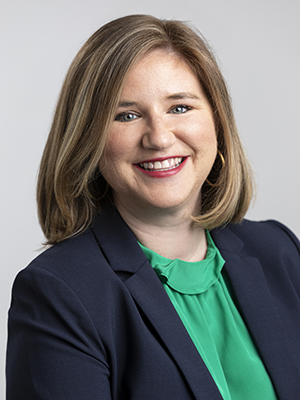 Growing up, Amanda Nipper knew she wanted to serve others. In December 2017, the Little Rock native joined Arkansas Children’s. “The importance that the organization has put on championing children and helping them be better today and healthier tomorrow is something that I wanted to be a part of,” she said.

As director of culture, talent and performance for Arkansas Children’s, she oversees all the nonclinical training and leadership development of the staff.

Before joining the pediatric hospital system, Nipper had worked at the Delta Regional Authority for about seven years. There she was the director of the Delta Leadership Institute and chief of staff for the federal agency, which covers eight states.

Outside of the office, the University of Arkansas at Fayetteville graduate also focuses on helping others. She was president of the Little Rock Junior League in 2016, and she serves on the Governor’s Advisory Commission on National Service & Volunteerism.

Nipper said that serving others is in her DNA. “I come from a long line of family members who also made careers out of serving others.”