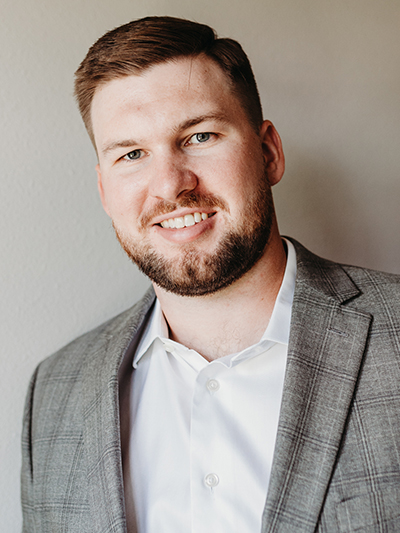 After starring in basketball as a Bulldog and a Warrior, Colton Primm had a revelation on his way to becoming a Razorback fundraiser: He was still hooked on athletics.

“As my playing career was coming to an end, I realized I wasn’t ready to give up being around sports,” said the former state champion at Fayetteville High and all-conference power forward at Hendrix College.

Now he secures private resources for the Razorback Foundation, the fundraising arm of the University of Arkansas Department of Athletics.

Primm, 6-6, hopes to become a college athletic director someday, but he’s been good at development, generating nearly $1 million in revenue since joining the foundation in January 2019. “This occupation provides me the opportunity to stay involved and give back to current and future student-athletes, while also meeting some amazing supporters.”

Primm took an economics and business degree from Hendrix to Athens, Ohio, where he earned an MBA and a master’s in sports administration from Ohio University. After two years as development director of the University of Central Arkansas, he joined the Foundation, where he’s credited with a big impact.

He’s a leader in ADs for Christ, a nonprofit that helps develop collegiate athletic leaders through spiritual growth and fellowship. As Primm put it, “Without question, my faith in Christ is my guiding principle.”