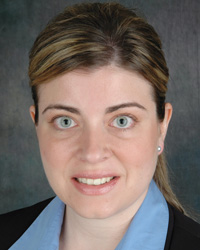 Director of Marketing and Development

It's not unusual for Susan Altrui, 29, to encounter an elephant as she drives into work. As the director of marketing and development for the Little Rock Zoo, Altrui is responsible for coordinating the nonprofit's fundraising efforts. "It's a way to give back to the community and also make a living," Altrui said. "We have a lot of nonprofit work that is being done here in Arkansas that is helping not just Arkansas but the world." Altrui previously devoted her time to more political causes. She served as a lobbyist with the Arkansas Public Policy Panel PAC and was a deputy field director for the Democratic Party of Arkansas. The political life could be hectic, though, with Altrui constantly searching for new jobs. "So I took some of the skills I learned in politics and moved into development and marketing," Altrui said. Since switching fields, Altrui has done well both for herself and the zoo. Altrui, along with the Arkansas Zoological Foundation, cultivated the zoo's largest gift ever — a gift totaling about $1 million from the Laura P. Nichols Foundation of Little Rock. Outside of work, Altrui also stays active in the Junior League of Little Rock and teaches at Pulaski Technical College.