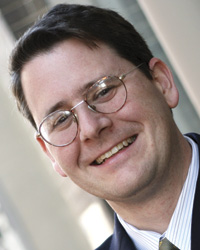 After his partner left, Tim Cullen, 35, opened his own law firm in March 2003. Since then, his firm has taken on some of the largest cases in the state. "I am honored by it. I am glad that my clients put their trust in me," Cullen said. Cullen jumped into his career as soon as he received his law degree in 1996. Cullen has worked as a law clerk at the Arkansas Court of Appeals and the Fourth Judicial Circuit Court in Fayetteville. He has also served as an adjunct instructor in the University of Arkansas at Little Rock's political science department. In 1999, Cullen received the Golden Gavel Award from the Arkansas Bar Association. Cullen has been involved with the Boy Scouts of America since he was a child. Cullen was an Eagle Scout and in 2007 served as chairman of the Mohawk District Membership Committee. He also served in the House of Delegates of the Arkansas Bar Association last year. "As a lawyer, people trust you with their lives, and you have a moral responsibility to them," Cullen said. "At the end of a case, I tell my clients, 'I hope I don't have see you anymore,' because when I usually see someone, it means something has gone wrong."