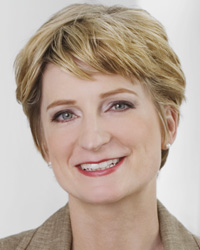 In 1998, Heather Larkin Eason had no idea what the Arkansas Community Foundation was. She had worked at Ernst & Young LLP as a CPA and then entered the William H. Bowen School of Law at the University of Arkansas at Little Rock to become a tax attorney. Law degree in hand, she checked out a job opening she had heard about at the Arkansas Community Foundation. "I got hooked," Eason said. ARCF encourages philanthropy throughout Arkansas and awards grants to other nonprofits. In January, Eason succeeded the legendary Pat Lile as president and CEO of the nonprofit, which has a $1 million annual budget and $136 million in assets. It also has 26 offices across the state. Eason, 37, lives by her philosophy. "Work hard at a job you love, take pride in a job well done, and the rest will take care of itself," she said. In 2005, she was one of five Americans to be selected as a Transatlantic Community Foundation Fellow. She also is a graduate of the Greater Little Rock Leadership Program and the Leadership Arkansas Program. Eason is president of Arkansas Women Executives and a past president of the Arkansas Council of the National Committee on Planned Giving. A standout in cross-country track and basketball, the Charleston native was inducted into the Hendrix College Sports Hall of Honor in 2007.