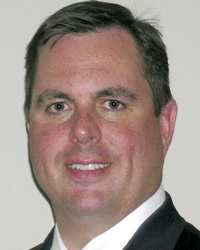 Robb Fiser, 36, didn't get into the commercial real estate business full time until he joined Irwin Partners in 2005, but he began developing an itch for it after moving back to Little Rock in 2001. Fiser got together with his brother and began investing in small rental properties, both commercial and residential. He also enjoyed the real estate aspect of owning and operating his own business. Working with economic development groups and helping businesses grow is a source of satisfaction for Fiser. "It gives me a feeling of giving back to the community," he said. Fiser is active with Little Rock's Camp Aldersgate, joining its board of directors in 2007 and taking over as chairman of its development committee in 2008. He has worked with the Cystic Fibrosis Foundation for a number of years and joined the charity's Arkansas board of directors in 2008. Fiser, a 2007 graduate of the Leadership of Greater Little Rock program, worked with the Arkansas Chapter of the American Academy of Pediatrics Foundation. He graduated from the University of Arkansas at Fayetteville with a microbiology degree in 1994 and worked with health care software firms (including Healthcare.com) in Texas before returning to Arkansas.