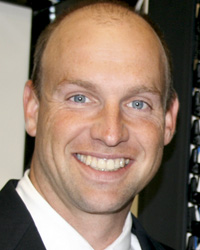 Michael Kennedy, 36, considers himself fortunate to be able use his competitive nature to his business' benefit. As president of Advanced Cabling Systems Inc. of North Little Rock since 1999, Kennedy has expanded the building technology integration company from six employees and annual revenue of $500,000 to 52 employees with projected revenue of $7 million for 2008. Before moving to Arkansas, Kennedy worked as a lead hardware engineer in Huntsville, Ala., for the U.S. Army National Missile Defense Program, focusing primarily on the development of communications systems for the Department of Defense. As a current board member of Our House, a Little Rock shelter for the working homeless, and the University of Arkansas for Medical Sciences Family Home, a facility for cancer patients and parents of premature infants, Kennedy serves his community as avidly as he served his country. He is also a past member of the Centers for Youth & Families Corporate Board. Kennedy said his success stems from a tenacious work ethic. "Nothing replaces hard work," he said. "I'm not the smartest guy around, but you'd be hard pressed to out-work me."