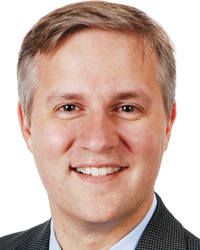 The Northwest Arkansas Council is an "advocate for regional solutions to infrastructure needs in northwest Arkansas," such as highways and the Northwest Arkansas Regional Airport, Mike Malone said. It also promotes economic development. Before coming to the council more than two years ago, Malone, 39, worked for the U.S. House of Representatives' Appropriations Committee. But he's particularly proud of the seven years he served in the Clinton administration, six at the White House and one at the Federal Emergency Management Agency under Arkansan James Lee Witt. Asked about himself, Malone instead voices excitement about two council projects. One is the creation of a regional mobility authority, the first in Arkansas. The other is the council's work to develop a plan to manage growth around Beaver Lake. Malone also is a member of Accelerate Arkansas and is on the boards of the NorthWest Arkansas Community College Foundation and the Fayetteville Public Library. Malone said he learned a lot about leadership from Witt. The input of everyone at FEMA was valued. As council director, Malone uses Witt as his model: "We all have a stake in where we're going as a region and the more input, the better."