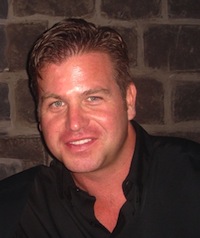 Brent Lobanoff is a native of the Motor City, so perhaps it’s fitting that he pursued a career in the automotive business.
He got his start in 1994, working in sales and marketing for Ford Motor Co. after graduating from Purdue University’s Krannert School of Management. One year later, he was transferred to Memphis, where he eventually met Frank Fletcher.
“I went to work for Frank in 2000, and I’ve been with him ever since,” Lobanoff said. “When I started with him, we had two or three stores. But now we’re one of the largest independently owned auto groups in the country.”
Automotive News — “the bible in our industry” — ranks the top 125 dealership groups in the country by sales every year, and placed Fletcher Auto Group at No. 102 for 2010, Lobanoff said.
Last year, Fletcher sold 11,146 vehicles at its dealerships, which sell Chrysler, Ford, Honda, Hyundai, Kia, Mercedes, Nissan and Toyota models at 13 dealerships in Arkansas and Missouri.
Lobanoff is a partner in those dealerships, and he and the rest of the Fletcher Auto family are very involved in every city they’re in, partnering with a plethora of charity groups, such as the Make-A-Wish Foundation, Toys for Tots and many others.
In September, Lobanoff will head back to his alma mater to be part of the Krannert Executive Forum, a management class in which executives share real-world experience with students.