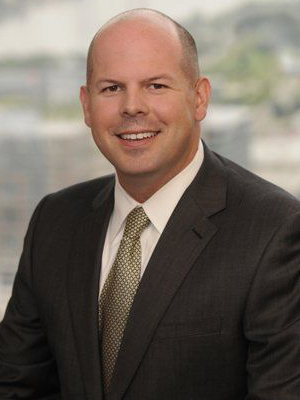 Matthew Finch has worked for Gill Ragon Owen since 1998, starting as a clerk while attending the Bowen School of Law and becoming a shareholder five years ago.

As a senior litigator for the law firm, he oversees work involving some of Arkansas’ largest banks and financial services firms. “I’ve been fortunate enough to litigate fairly large jury trials, including [trials involving] Fortune 500 companies,” Finch said, adding that he also represents one of the largest national underwriters of title insurance. In addition, he recently was voted among Little Rock Soiree magazine’s top lawyers in Little Rock.

Finch has been involved with CARTI for about 10 years, serving that organization in various roles. For the last five or six years, Finch said, his main work on behalf of the nonprofit has been helping with its Ragin’ Cajun Bash fundraiser. Finch is also an active member of the Rotary Club of Little Rock.

As for how he seeks to conduct his life and career, Finch said, “When I was in college I ran across an anonymous quote that has always stuck with me. It’s ‘Aim for service, not success, and success will follow.’ I’ve always interpreted that to mean that if you make a priority of your family, your community and your clients, then all the rest of those things that we might want in our life will take care of themselves.”

Finch noted two fellow directors and shareholders at his law firm who’ve served him well as mentors: Charles Owen and John Gill. Owen “has always really made it a priority that we be a trusted adviser to our clients, and I’ve always taken that to heart,” Finch said. Gill “taught me how to be a trial lawyer. The thing that John has always taught me is that make sure that everything you do has a purpose because it will certainly have a consequence.”