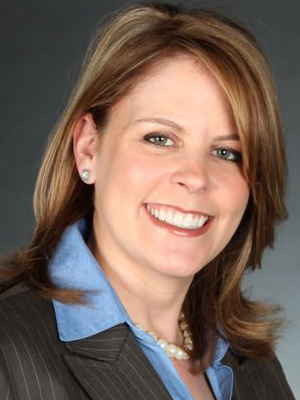 Martine Downs Pollard always has been drawn to public service.

In her career, she has worked for U.S. Sen. Mark Pryor, D-Ark., and then as a senior vice president of government affairs for the Rogers-Lowell Area Chamber of Commerce.

While at the chamber, she helped secure $10 million in federal funds to start the Highway 71 Bella Vista Bypass, a project that involves government agencies from Arkansas and Missouri and will cost $350 million. The project broke ground in 2011.

When she was growing up, Pollard didn’t know what career she wanted to tackle. “I just knew that my drive was around making a difference and helping others,” Pollard said.

In October 2010, she began working for Mercy Health System of Northwest Arkansas in Rogers as its executive director for communications and community integration.

One of her goals is to improve the health of northwest Arkansas. She has assisted in creating the Northwest Arkansas Razorback Regional Greenway, a 36-mile trail for cyclists and pedestrians from Bella Vista to Fayetteville that is scheduled to be completed at the end of 2013. A groundbreaking for the project was held last week.

Pollard also is using advertising and grass-roots campaigns to get the message out about eating better and the benefits of exercising.

Outside of the health system, Pollard sits on the boards of directors of Arkansas Advocates for Children & Families and the 7hills Homeless Center of Fayetteville.
“It really is about trying to make a difference,” she said.