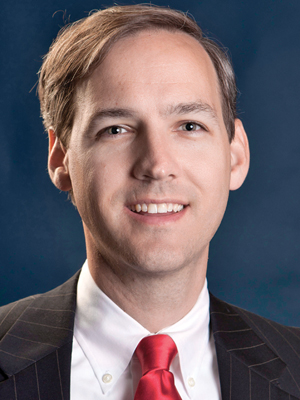 Growing up, Dr. David Jones saw how his cardiologist father, Dr. Eugene Jones, “could change the lives of patients on a daily basis.” So David Jones decided to become one.

Jones, a Little Rock native, attended the University of Arkansas for Medical Sciences, where he was the class president. After he graduated in 2002, he completed his residency at Duke University, where he was one of only a few residents to be selected as assistant chief resident. He then pursued fellowships in general and interventional cardiology at the University of Virginia.

Jones said his practice has grown 15 to 20 percent each year he’s been at Arkansas Cardiology and he now sees about 120 patients a week.

Away from the exam room, Jones sits on the boards of the Miracle League of Little Rock, the Baptist Health Foundation and the American Heart Association of Central Arkansas.