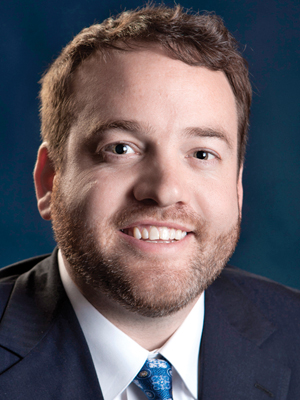 Isaac Smith decided to put his relationship skills to use in a different career field when he switched from pre-med to business after his sophomore year in college. He hasn’t looked back.

A summer internship led to a love of commercial real estate and work with the Little Rock office of Colliers International.

“It was the best decision I ever made,” Smith said of his internship with the company’s predecessor, Dickson Flake Partners.

He joined the firm in 2003 as a broker and became a principal six years later. Smith was named executive vice president at Colliers in January and helps supervise operations.

Smith grew up in Little Rock and graduated from the University of Arkansas at Fayetteville in 2003 with a bachelor’s in business administration with an emphasis in finance/real estate.

He is a graduate of the Leadership Greater Little Rock Class of 2008. Smith serves on the foundation board of directors of Positive Atmosphere Reaches Kids (P.A.R.K.) and previously served on the board of Big Brothers Big Sisters of Central Arkansas.