Sizing Up the Startup Ecosystem Movement in Arkansas

Over a decade, Arkansas has fallen in line with the national trend of embracing and publicly funding a relatively new form of economic development: structured help for entrepreneurs.

These programs and services for startups — the buzzword is an “ecosystem” — recognize that small businesses are more plentiful than big businesses, and that helping them succeed can help the business community as much as offering incentives to large employers.

To understand the trend, some definitions are in order:

► Entrepreneurial support organizations, known as ESOs, are designed to help entrepreneurs and their startups succeed. They offer resources such as physical space, coaching, mentorship, consulting and access to capital. They host events and programs like accelerators. In Arkansas, examples are the Venture Center in Little Rock and Innovate Arkansas, a statewide initiative.

► Startup accelerators are fixed-term, mentor-driven programs offering immersive educational experiences to startup companies with an aim of getting them closer to launching a product or service. They end with a “demo day” where participants make pitches to investors. Startup accelerator examples are the FinTech Accelerator and the new Health InnovatAR.

► Coworking spaces like the Little Rock Technology Park are also in the startup ecosystem.

► The “maker movement” is yet another element. It’s a community of do-it-yourselfers, tinkerers, craftsmen, manufacturers, artists and students who believe that, using the resources provided by “makerspaces,” inventors and artisans can make and sell their own products instead of having to sell ideas to big companies. North Little Rock’s Arkansas Regional Innovation Hub is an example.

Get the List
The list of the Largest SBA Lenders in Arkansas is available for purchase in either a PDF or spreadsheet format.

Jeff Standridge, a Conway ESO leader, offers this assessment: “We’re not trying to be the Silicon Valley of the flyover states or the Austin of Arkansas or what have you. We’re trying to be the entrepreneurial ecosystem that is right for a state of roughly 3 million people ... I think we’re putting the right money in the right places.”

Standridge helps to lead the Conductor, a public-private partnership of the University of Central Arkansas and Startup Junkie Consulting of Fayetteville.

Paul Singh, a venture capitalist who spoke at a conference hosted by the Venture Center and the Little Rock Regional Chamber of Commerce at the Technology Park, cautions against looking at ESOs the way a venture capitalist would. From that perspective, he said, “they all suck” because it’s unlikely that any will help create the next Uber or Airbnb, he said.

Singh and his wife, Dana, have been visiting cities developing startups for two years. Little Rock was their 111th stop.

Their management consulting firm, founded in 2008, is Results Junkies. Singh said he’s invested in thousands of companies in 50 countries and nearly every state over a decade.

Business ecosystems, he said, support the job creators today and in the future. “In the past, it was a few companies with hundreds of employees. Now we’re going to have hundreds of companies, with three employees [each],” Singh said.

But creating jobs is not the only goal. Investment opportunities are prized as well.

Singh said he used to attend accelerators’ demo days for investment ideas. Now he finds companies to invest in at coworking spaces like the Little Rock Technology Park, financed by a 0.375 percent city sales tax.

“If we started to look at these coworking spaces as the sum of the revenue of all of their members, I’m betting their economic footprint would easily rival if not outpace some of the other companies that are already in the area,” Singh said.

Innovation Partners
He also ecosystems can serve as alternatives to traditional business schools. “If you work in an industry where it might cost you more than $1 million to get started, I can see the value of getting” a master’s degree in business administration, Singh said. “But for anything where launching a business costs less than $1 million, I think accelerators and coworking spaces are the equivalent.” 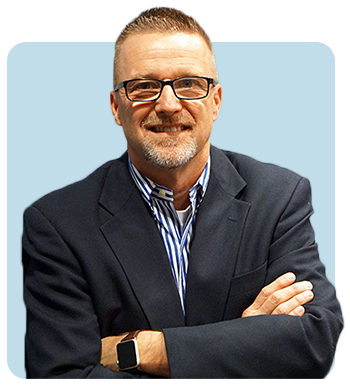 Another benefit of ecosystems was touted by Manning Field, COO of personal finance startup Acorns, based in Los Angeles. A Little Rock native, he also spoke at the conference.

Innovation is hard for them because their priority is to serve existing customers, complete transactions and get the next quarterly report compiled, Field said. They can’t take risks like startups can, and innovating gets placed on a back burner.

Accelerators, he said, give big companies a chance to partner with innovative startups. It makes sense, then, that recent accelerator models in Arkansas include corporate sponsorships.

One example is the FinTech Accelerator, sponsored by financial services technology firm FIS of Jacksonville, Florida. FIS and the state have provided $500,000 each for the program in each of the past two years. Participants this year will get a $75,000 seed investment.

Wayne Miller, the FinTech Accelerator’s managing director, said three of the 20 companies that graduated from the project have moved to Arkansas. A fourth plans to move here.

The accelerator is just one program run by the Venture Center; it recently said member startups have created 637 jobs and raised $57 million in capital since its founding in 2014.

Innovate Arkansas, another ESO, has helped more 530 companies create 700-plus jobs with average salaries of $50,000 per year over the past decade, according to its latest quarterly report, published on April 25.

Innovate Arkansas, founded in 2008, is an initiative funded by the Arkansas Economic Development Commission and administered by Winrock International of Little Rock.

The report also said the AEDC’s support of about $1.3 million per year, or $13 million total, has brought a return to the state’s economy of $42.90 for every dollar the state spent because companies helped by Innovate Arkansas have received $262 million in private investment and generated $330 million in new operating revenue. 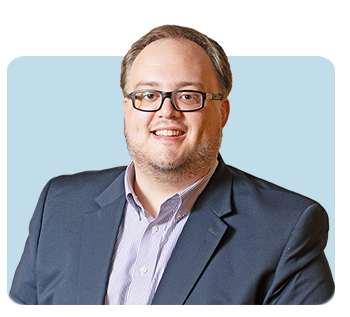 The accelerators these organizations manage are not without skeptics, who say too little research has been done to determine their impact.

One local skeptic is Joel Gordon, who resigned in February as executive director of the Hub, the makerspace in North Little Rock. Now an independent consultant on the maker movement, he doesn’t think accelerators do enough.

“They, sort of, take [startups] to the edge of the cliff and say ‘OK, jump,’” he said. “What these accelerators do, for the most part, is that they draw a lot of attention to something, which is good. They’re giving them a real dive into lean canvas and customer development and customer discovery, which is really valuable in the beginning.”

(Lean canvas refers to a one-page business plans that are popular with startups.)

But, Gordon said, accelerator graduates often leave not knowing how to make the product they want to sell.

Gordon also questioned whether the state’s money could be better spent on Arkansas companies instead of on the out-of-state companies that fly in to participate in an accelerator.

But Miller, with the FinTech accelerator, says programs like the accelerators have an intangible benefit: They are changing the perception that Arkansas is backward, especially in technology.

“There’s always skeptics. It’s unfortunate, but this stuff doesn’t happen overnight. It takes time for these companies to gain traction, to grow, to create the demand,” Miller said. “But I think the investment that the state is making, based on the results that we have here, is certainly clearly in the positive.”

He added, “Our objective is to make Arkansas a great place to start a business and, if nobody cares who gets the credit, then it’s really great for all of us. And I think that energy and that support and that caring for one another and what we’re trying to do for the state of Arkansas is really evolving and getting straightened out.”