Politicians and university officials have learned that being in constant campaign mode is almost an occupational requirement.

For higher education institutions, fundraising campaigns have become a vital source of revenue to provide a better educational experience for its students and faculty. Even when the university or college doesn’t have an official fundraising campaign, the need to attract donations from alumni and any other interested party is always there.

A recent survey by Ruffalo Noel Levitz, a fundraising consultant firm, revealed that 81 percent of university fundraisers said they were either in a fundraising campaign or about to be in one.

“The other 19 percent are about to be fired,” joked Kale Gober, vice president for university advancement at the University of Central Arkansas in Conway.

The University of Arkansas at Fayetteville raised $1 billion in its Campaign for the 21st Century more than a decade ago. The campaign, which started in 1998, ended in 2005 after having raised slightly more than its goal.

Seven years later, the university started its Campaign Arkansas, with a goal of $1 billion raised by 2020. Mark Power, the vice chancellor for university advancement, said the campaign has been so successful since its 2012 kickoff that the goal has been raised to $1.25 billion.

In the seven years between the end of the first campaign and the start of the second, the university raised $700 million from donors.

“The effort and energy all continued because the needs continued,” Power said. “The needs of our students and the needs of our faculty aren’t going away, and we want to help. When Campaign Arkansas is over, it probably won’t be long before we are looking at our next major capital campaign.” 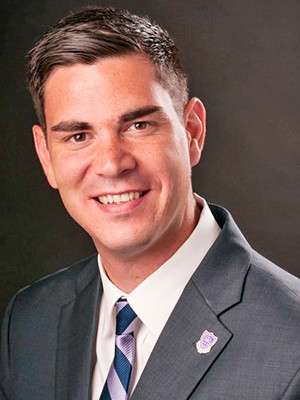 Neither UCA nor Arkansas State University in Jonesboro is in the midst of an official campaign, but both are coming off record fundraising years. A-State, under Vice Chancellor Jason Penry, brought in more than $40 million in fiscal 2017, while UCA raised $10.25 million, which was 40 percent higher than its previous record.

“When you put it next to JP’s, it’s going to look bad,” said Gober, who used to work in UA’s fundraising department. “I would wink at Mark as I said this, but raising $1 billion at the UA has challenges; raising $10 million at UCA has challenges. I’m not saying one is easier than the other.”

It’s all relative, of course. This past summer, Harvard announced its recent five-year campaign raised more than $9.6 billion.

Relationship Game
Fundraising has become more sophisticated since he entered the field 17 years ago, but Power said the basics will always be the same: creating and maintaining a relationship of trust with the donor.

“If you think about the fundamentals of fundraising, what makes you really successful, I’m not sure those have really changed much,” Power said. “At the end of the day, it is about building relationships. It has certainly become more important to the institution. We have seen where the impact can be seen more readily than it ever has been.

“The times have changed with technology, and using data analytics to reach out to people certainly has changed. Getting in touch with people is much different than it used to be.”

The Giving USA Foundation, in its 2018 annual report on philanthropic donations, said charitable gifts in 2017 totaled more than $410 billion. Nearly $59 billion of that was directed toward educational institutions, an increase of 6.2 percent, said the report, which was researched and produced by Indiana University’s Lilly Family School of Philanthropy.

“Globally, university fundraising is definitely more important now than it ever has been before because state budgets are not supplementing at the rates they once did,” Gober said. “It requires you to rely on private support. People are more attuned to the needs of higher ed, and they understand there is a greater need.”

Penry worked in fundraising departments at Oklahoma State University and Texas A&M. Neither of those schools struggles to raise money — Texas A&M raised more than $600 million in one year, which coincided with Johnny Manziel’s Heisman Trophy-winning year for the football Aggies.

Smaller fundraising numbers can still have huge impacts at schools such as Arkansas State.

Penry said an ASU alumnus created a endowment in 1989 that has provided 230 scholarships (and counting).

“If you look at the national trend there has been less investment on the state levels, generally speaking,” Penry said. “In terms of access and affordability for our students, fundraising is very important. We always say higher education is a great investment. It is the ultimate equalizer. That’s the type of impact that fundraising can have on many lives.”

Vision and Teamwork
Penry repeatedly gives credit for Arkansas State’s “banner year” to Chancellor Kelly Damphousse, who took over in the summer of 2017, and his staff of five.

Get The List
The Largest Nonprofit Organizations in Arkansas, ranked by total assets. Available in either PDF or spreadsheet formats.

Damphousse’s student-oriented vision for the university is the key point in fundraising strategy. At the University of Arkansas, Chancellor Joe Steinmetz recently released a strategic plan that included eight priorities to stress.

Penry said one of his mentors in fundraising told him “big money follows big dreams” and having a unified approach helps sells the mission.

“His mindset is how can we work together as a university community to provide the best possible experience for our students,” Penry said. “How big are your dreams? There is no doubt that a compelling vision inspires others. That’s the most important ingredient of it all.”

Penry said that after the first quarter of this fiscal year, Arkansas State’s fundraising is on course to match its record total of the year before. The school’s football team has gone to seven consecutive bowl games.

The UA’s fundraising hasn’t flagged alongside its football fortunes; Power said Steinmetz’s eight-priority mission plan and the coordination among all the colleges on campus are huge contributors to the university’s successes.

“One thing I have noticed is there is a passion for the University of Arkansas unlike others, in my opinion,” Power said. “Those donors are really the ones who said we want to give money to make the University of Arkansas a better place. We try to align our fundraising efforts with these guiding priorities to make sure we are in lockstep. Having that clear vision and mission of where the university wants to go is certainly very important to our fundraising efforts.”

Gober said UCA is in planning stages for, you guessed it, an official fundraising campaign.

He said branding helps market a university’s fundraising efforts but doesn’t change the goals or operations.

“A campaign allows donors to get behind something with momentum,” Gober said. “Being in a campaign doesn’t change what you do day to day. You’re still pounding the pavement and garnerning up some support. A campaign brands something and gives people something to be a part of. ‘Did you give your campaign gift?’ You can leave the word ‘campaign’ out.”

Energy
Entergy Plans Largest Solar Array Yet, to Power US Steel in Osceola

1
U of A Assistant Coach Buys $1M Home in Fayetteville