by Dan Roda
Article sent successfully!
We were unable to send the article.

In a historic vote, the U.S. House of Representatives recently approved the SAFE Banking Act. While its prospects in the Senate are a toss-up, the bill’s approval is still a milestone, as it represents the first piece of cannabis reform legislation to clear either chamber.

Meanwhile, public attitudes toward marijuana have evolved significantly: Cannabis is now legal in some form in roughly two of three U.S. states, and the industry eclipsed $10 billion in legal sales last year.

So yes, it’s great that our representatives in Washington are finally taking note. But does the SAFE Banking Act really change much for the cannabis industry? In a word, no.

On its face, the SAFE Banking Act solves a problem that in many ways no longer exists. Like many things about the cannabis industry, its supposed banking problem is often misunderstood. As new states pass cannabis reform and their local industry begins to take root, we see a common narrative emerge. Because cannabis is federally illegal and banks are federally regulated, the cannabis industry has no access to the banking system and operates entirely in cash, making businesses and their customers all targets for criminals. It makes for a great story, but there’s just one problem — it’s not true.

The actual story is a bit more complex. In Marijuana Business Daily’s annual survey of cannabis business owners, nearly three out of four reported having a bank account as of last year. That certainly qualifies as underbanked. By contrast, less than 10% of the American public, and a far smaller percentage of American businesses, operate without a bank account.

However, we know with certainty that more than 700 banks and credit unions in the country have some level of dealings with the cannabis industry. The federal government, through a little-known agency called the Financial Crimes Enforcement Network (FinCEN), has been keeping track for years. FinCEN released guidance to financial institutions as far back as 2014 that paved the way for those willing to take on the risk — and the compliance burden — of offering accounts and other financial services to the cannabis industry. SAFE Banking, if it becomes law, would make this guidance permanent. What effects, then, will its passage actually have?

The greater impact, I predict, will be on other financial services — chiefly payment processing and access to capital. As most cannabis consumers can tell you, the major credit card brands prohibit cannabis transactions on their networks. The passage of the SAFE Banking Act could result in relaxation of these prohibitions, providing a significant benefit to both consumers and businesses.

SAFE Banking will also enable more banks to begin offering conventional loan products to cannabis operators, with a lower cost of capital than currently available from the mostly nonbank lenders filling this void today. When this happens, I expect significant refinancing activity to begin taking place in cannabis markets nationwide. But the impending flood of reasonably priced debt pales in comparison to the absolute tsunami that could follow on the equity side of the ledger.

The biggest impact of SAFE Banking indeed could ultimately be in breaking down the last remaining barriers between the cannabis industry and Wall Street. Incumbent operators could see a tremendous benefit if they’re able to access the traditional capital markets here in the United States, but does SAFE Banking go far enough to get the major investment banks into the game?

Keep in mind that SAFE Banking wouldn’t remove cannabis from Schedule 1, the federal government’s list of highly controlled substances that have no accepted medical use. As long as cannabis is legal in Colorado but illegal in Kansas, for example, the biggest banks, which risk big fines and consequences for noncompliance, may still elect to say “no” to cannabis for quite some time to come.

What’s certain is that many will be watching to see how it all shakes out, preparing to act accordingly. Change of this magnitude creates opportunity. With those opportunities come fears that the little guys are starting to get left behind. To some, the SAFE Banking Act could signify the beginning of the end of an era where a longstanding legal gray area created unique opportunities for the little guy. 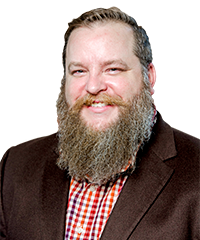 Dan Roda is co-founder and chief executive officer of Abaca and vice president of the Arkansas Cannabis Industry Association. Email him at Dan@AbacaBanc.com.