A 222-unit apartment complex in west Little Rock weighed in at $7.25 million.

Ridgecrest LRAR LLC of Encino, California, sold its namesake project at 1900 and 2000 Reservoir Road to AM Capital Four LLC of Irvine, California.

The deal is backed with a $5.4 million loan from Partners Bank of Helena.

The 9.31-acre development previously was tied to a March 2017 mortgage of $3.3 million held by Bellwether Enterprise Mortgage Investments LLC of Columbia, Maryland.

Ridgecrest LRAR purchased the project for $5.1 million in March 2017 from Tri-5 LLC, an affiliate of Trinity Mul-tifamily in Fort Smith.

► Responsive Education Solutions of Lewisville, Texas, bought 27.35 acres at the northwest corner of Rahling Road and Browne Lane for $2.42 million.

The deal is financed with a one-year loan of $2.4 million from Independent Bank of McKinney, Texas.

► Batesville’s First Community Bank purchased a 0.86-acre site at the southwest corner of Rahling Road and Rahling Circle for $2.34 million. 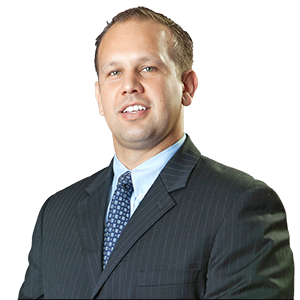 The deal is funded with a one-year loan of $1.1 million from Relyance Bank of Pine Bluff.

PotlatchDeltic Real Estate, an affiliate of PotlatchDeltic of Spokane, Washington, entered the ownership picture through its $1.2 billion purchase of El Dorado’s Deltic Timber Corp. in 2018.

A 5,600-SF pawnshop in Sherwood is under new ownership after a $675,000 foreclosure sale via bankruptcy.

The project was acquired for $280,000 nearly six years ago from Alden Properties LLC, led by William and Tamara Almand.

The namesake revocable trust of Robert and Susan Whisnant purchased the house from Todd and Amanda Denton. The residence previously was linked with a January 2012 mortgage of $1.1 million held by Delta Trust Mortgage Inc. of Little Rock.

The Dentons bought the property for $1.3 million in March 2010 from Eugene and Jamie DeJordy.

The deal is financed with a 30-year loan of $995,000 from Fayetteville’s Arvest Bank. The residence previously was tied to a January 2015 mortgage of $948,000 held by Bank of Little Rock Mortgage Corp.

The Baileys bought the property for $1.3 million in June 2001 from Rick and Deanna Ferguson.

The residence was purchased for $660,000 in April 2005 from Arthur and Bettye Korenblat.

The deal is funded with a 30-year loan of $484,000 from IberiaBank of Lafayette, Louisiana.

The residence previously was linked with a March 2019 mortgage of $526,908 held by Southern Bancorp of Arkadelphia.

Michael Goswami and Kimberly Pollard purchased the house from the Brent & Heather Schmiegelow Trust. The deal is backed with a 20-year loan of $477,000 from Simmons Bank of Pine Bluff.

The residence previously was tied to a January 2013 mortgage of $415,000 originated by Little Rock’s Metropolitan National Bank.

The Schmiegelows bought the property for $350,000 in October 2010 from Ronald and Carol Logan.

A 3,527-SF home in the Miramar Place neighborhood of west Little Rock is under new ownership after a $505,000 transaction.

Robert and Karen Jackson acquired the house from Kingsley Glasgow. The deal is financed with a 30-year loan of $404,000 from Bank of Little Rock Mortgage Corp.

The residence was linked previously with a January 2018 mortgage of $433,075 held by Bank of England.

Glasgow bought the property more than two years ago for $510,000 from Brad and Michelle Phillips.