Pandemic or no, the Arkansas Game and Fish Commission isn’t staying idle during these challenging times.

The work is too important.

From managing the state’s populations of wildlife, lakes, rivers and land to providing ongoing, conservation education that connects Arkansans to the outdoors, the AGFC isn’t slowing down in the face of COVID-19.

The commission’s record of success is in the numbers.

Through the AGFC’s conservation efforts, the white-tailed deer population has grown from a few hundred in the 1940s to being able to provide annual harvests of more than 200,000. The hatchery system, one of the oldest and largest in the nation, raises and stocks 10 million fish annually.

The AGFC manages 90,000 miles of rivers and streams and 600,000 acres of lakes while cooperatively managing 3.2 million acres of public land.

With 181 specially trained officers protecting resources and responding to natural disasters and emergencies, the AGFC plays a vital role in creating and sustaining a world-class trout and waterfowl destination and helps provide conservation education that continues to heighten awareness of Arkansas’s natural resources.

Additionally, outdoor recreational tourism has a significant impact and helps drive Arkansas’s economy to the tune of 96,000 jobs, $9.7 billion in consumer spending and $2.5 billion in wages and salaries.

“Conservation and outdoor recreation have a significant impact on the economy and quality of life in Arkansas,” Fitts said. “After all, we are The Natural State and it is important that we keep it that way.”

Among the challenges the AGFC is facing are addressing an aging infrastructure, combating wildlife diseases, disaster response, habitat degradation, invasive species and a decline in the numbers of hunters and anglers. 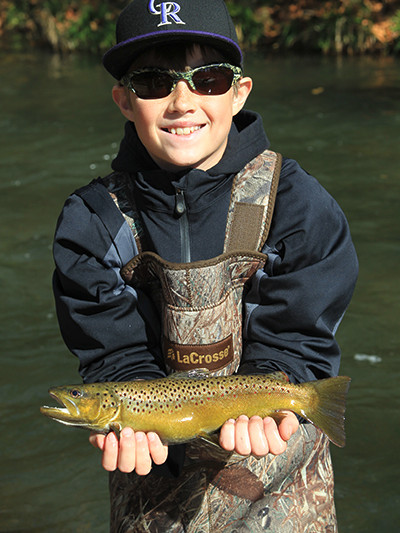 As the largest dam permit holder of any state entity in the state, the AGFC holds 40 permits for dams, the average age of AGFC dams is 55 years old. This infrastructure has reached its expected life cycle and is in need of extensive updates.

This year, the commission is taking on a $1,1 million dollar project to save the flood-damaged dam at Lake Elmdale, with FEMA contributing $574,000 to the project, which will ensure the existence of a major recreation point in northwest Arkansas.

The commission will also be finalizing work on the largest lake renovation project in its history with the renovation of Lake Poinsett before it turns its attention to an investment in the future of trout fishing in Arkansas with infrastructure improvements to the Jim Hinkle Spring River State Fish Hatchery in the near future.

Conservation efforts including battling wildlife diseases like chronic wasting disease that has affected deer and elk in the state since it was detected in 2016. Since then the AGFC has tested more than 25,000 deer and elk and now spends on average $750,000 annually for CWD surveillance and monitoring.

The AGFC’s commitment to education and future conservation can be seen in the J.B. and Johnelle Hunt Family Ozarks Highlands Nature Center, a 61-acre property with a 22,000 square foot property under construction in northwest Arkansas. On land donated by the City of Springdale, the center will allow visitors to learn about conservation and the region’s natural beauty through representations of northwest Arkansas’s seasons and exhibits that include a simulated cave big enough for families to explore.

The project includes an investment of more than $17 million in construction cost, exhibits and design. With more than $14 million in outside commitments toward land donation, grants and private contributions.

Such facilities serve to heighten interest in the outdoors and hopefully create the next generation of outdoorsmen to combat a 10-year decline in numbers.

“Arkansans participating in hunting and fishing has steadily been declining for the better part of a decade,” Fitts said.

“As the director of the state’s leading conservation agency, this is concerning since hunters and anglers carry the greatest load when it comes to conservation funding. “As a lifelong outdoorsman, I am concerned about the experiences that this next generation could miss out on.”