While two registered investment advisory firms associated with Stephens Inc. of Little Rock remain firmly atop the annual list of the state’s largest money managers, even the second-tier firms are posting impressive new totals of assets under management.

Sowell Management LLC of North Little Rock, for instance, passed Arvest Wealth Management of Lowell to grab the No. 3 spot behind Stephens Inc. and Stephens Investment Management Group LLC. Those two firms, owned by Warren Stephens, combined for more than $16 billion in assets under management. Both Sowell and Arvest reported managing more than $2 billion on their most recent ADV forms filed with the U.S. Securities & Exchange Commission.

Foundation Resource Management Inc. of Little Rock maintained its hold on No. 5 with a virtually unchanged total of $1.27 billion under management. Cabana Asset Management of Fayetteville also stayed steady at No. 6 — but just barely. Cabana added some 40% to its asset total between August 2019 and July to reach $1.25 billion.

The highest-ranking newbie on the money managers list is No. 13 Hexagon Capital Partners of Rogers, which in June reported managing an impressive $416.7 million.

Henry is a veteran financial adviser who spent nearly 20 years with Merrill Lynch and then seven with Morgan Stanley before forming Hexagon, where he is also chief compliance officer. Colebank was with Morgan Stanley for almost 23 years before joining Henry in the new venture.

Two more new names are among the top 30 registered investment advisers: Transparent Wealth Partners of Little Rock, No. 28 with $143.5 million under management, and Mach-1 Financial Group Inc. of Bentonville, with $126 million.

Transparent was incorporated in March by David K. Meador, ahead of his departure in June from Ameriprise Financial Services, where he had been employed since 2016, according to his LinkedIn profile. Meador’s career in financial services dates to 1999, and he spent more than 15 years with New York-based Neuberger Berman.

Mach-1 operated for several years under the license of a Texas registered investment advisory before being incorporated as a stand-alone RIA in July 2018 by its president, David A. Lee. Lee said the asset transfer was finally completed at the end of December 2019.

Another newcomer among money managers is Solera Asset Managers LLC, No. 44 with $61 million under management. Solera’s operations are near Sacramento, California, but it was recently acquired by Sowell Management, where its president and CEO, Daryl T. Seaton, was named chief operating officer earlier this year. On its ADV form filed last month, Solera shared Sowell’s address in North Little Rock.

Stephens Inc. also remains atop the annual list of the largest broker-dealers in the state, although its number of licensed agents in Arkansas shrank from 325 to 297 since we last researched this list in 2019. 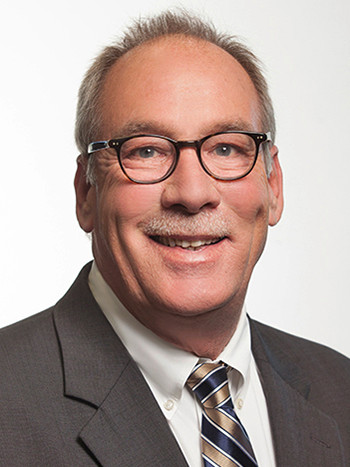 On a generally stable list, there is one notable change: Dennis Clay is now CEO of Crews & Associates Inc., the Little Rock bond brokerage that is a subsidiary of First Security Bancorp of Searcy. Clay succeeded Rush Harding earlier this year.

This year, we rank bank trust departments — and the state’s only stand-alone trust company — by trust assets reported as of Dec. 31. Simmons of Pine Bluff continues to be the pacesetter, with almost $5.6 billion in trust assets plus another $2.15 billion in principal on municipal and/or corporate trusteeships.

New to the top 10 trust departments is Farmers & Merchants Bank of Stuttgart, thanks to its acquisition last year of Integrity First Bank of Mountain Home, which also had a sizable trust department.

New banks on the list are Stone Bank of Mountain Home, which entered the trust business with its acquisition last year of DeWitt Bank & Trust Co., and First Financial Bank of El Dorado, which acquired First National Bank of Wynne and its trust department.