Investors Rush for Chance to Put Cash Into Special Purposes

Eight years later, McLarty and Blair went to market with a $276 million SPAC of their own: MDH Acquisition Corp., which began trading on the New York Stock Exchange as MDH.U on Feb. 2.

McLarty and his team will find a crowded field in the SPAC market, which has grown exponentially in the past couple of years. Rick Massey, the former chairman of Bear State Bank of Little Rock, is already a grizzled veteran of the game, having brought three SPACs to market in 2020.

Also known as blank check companies, SPACs are formed by sponsors who raise money by selling shares at $10 each. Once the fundraising goal is reached, the SPAC goes public and is listed on the stock exchange.

The special purpose of the SPAC is to find a private company in which to reverse merge — the private company joins the public SPAC and the newly combined company becomes a publicly traded business. The process has become popular recently as a way for private companies to go public without the expense and complications of a traditional initial public offering.

McLarty is the executive chairman and Blair the CEO of MDH. The SPAC leadership has two years to identify, negotiate and merge with a private company; SEC regulations prohibit SPACs from interacting with potential targets before the SPAC goes public. 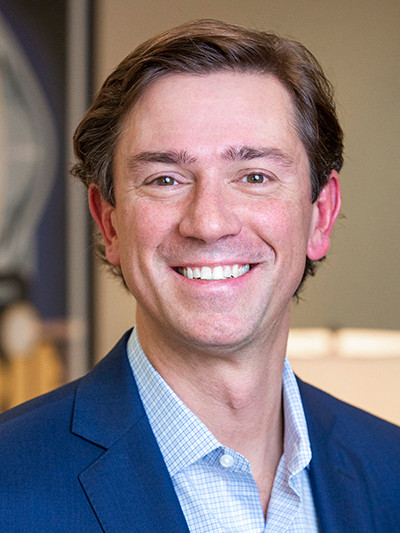 “What we want to focus on first and foremost is the fundamental promise and commitment we made to ourselves and our investors, which is to find a high-quality business with a high-quality management team that is positioned to do well as a public company,” McLarty said. “We feel very confident in our ability to fulfill that base promise of finding a high-quality target.”

McLarty and Blair said their intention is to find a quality target in the heartland — the central region of the United States — and they believe their experience and business network will prove beneficial. Other members of MDH, either as a special adviser or as a board director, include Franklin’s father, Mack McLarty, the former chief of staff under President Bill Clinton; Southern Bancorp CEO Darrin Williams; and Jim Wilkinson, who founded the communications firm TrailRunner International.

If you haven’t heard of a SPAC until recently, don’t feel alone.

And it isn’t just traditional financial experts who are starting SPACs. NBA Hall of Famer Shaquille O’Neal formed Forest Road Acquisitions, which raised $300 million and took the Beachbody and Myx Fitness businesses public earlier this year. He and his partners, who include a son of the Rev. Martin Luther King Jr. and several former Walt Disney Co. executives, recently formed Forest Road Acquisitions II to raise another $300 million.

“There have been so many,” said Massey, who teamed up with William P. Foley, chairman of Black Knight Inc., a spinoff of Fidelity National Financial Inc. of Jacksonville, Florida. “Everybody and his dog has a SPAC. It has been crazy.”

Massey and Foley play in a higher league than most; recently their Foley Trasimene Acquisition II Corp. raised $3 billion and merged with U.K. payment platform Paysafe, a company with annual revenue of more than $1 billion.

The other SPACs they created last year are Cannae Holdings Inc. and Foley Trasimene Acquisition Corp.

“SPACs started out as an alternative to an IPO in a mature company that just wants to go to market faster,” Massey said. “It takes a lot of time to do an IPO and it’s very expensive.”

One facet of the explosive SPAC growth is that some investors view the vehicle as a safe way to deposit money.

All of Massey’s and Foley’s investors, and all of McLarty’s, have their money placed in a bank trust while the sponsor goes to find a target company with which to merge. Shareholders also get a percentage of a warrant with each share they buy; warrants provide the opportunity to buy extra shares in the public company.

When the SPAC decides on its merger opportunity, investors can approve the deal — and get extra shares because of their warrants — or they can request their initial investments back. That makes a SPAC a low-risk investment, but Massey said an improving bond market will cause SPAC investments to drop in value, which has happened recently.

“Warrants, those are the gravy. The SPAC is not as competitive as a deposit product because there are better yields if you are thinking purely as a two-year CD. That’s part of the problem.”

Last week, Bloomberg Wealth published an article on the “Wall Street craze” with the provocative headline “’Hey, Hey, Money Maker’: Inside the $156 Billion SPAC Bubble.” McLarty acknowledges there is “probably overenthusiasm” in the SPAC market, but said a SPAC is a valuable tool to help private companies go public with fewer headaches, financial or otherwise.

“That is a transformative event for them,” McLarty said. “Having that to offer doesn’t make us the right fit for everybody and doesn’t make everybody the right fit for us, but when the fit is right that is an extremely compelling proposition to a family business, a founder-led business ... to be able to access the New York Stock Exchange or Nasdaq through a SPAC-negotiated deal.

McLarty said he had been involved in a few SPACs since Robert Johnson, a longtime business associate of the McLarty family, first broached the subject. MDH is approaching acquisition as a “generalist,” Blair said, in order to find the best fit in an area of the country the leadership believes is underserved.

“We have an excellent group of skills and backgrounds,” McLarty said. “I said in some of the presentations, ‘We are not a good-resume club slapped together to take advantage of a hot market.’ We’ve known each other for decades. The complementary skill sets that we bring to the table as a full team is really what you need to evaluate every opportunity from every angle, because they all matter.”