by Kyle Massey and Mark Friedman
Article sent successfully!
We were unable to send the article.

#asset_cutline
A full list of owners in Arkansas’ medical marijuana industry reveals a web of interconnections, including 21 cases of dispensary owners holding a stake in one or another of the state’s eight licensed cultivation centers.

Fourteen of those dispensary investors own part of a single cultivator, Good Day Farm of Pine Bluff.

The overlapping ownerships do not violate the rules of Arkansas’ medicinal cannabis program, which began sales in 2019. But in a system where licenses were competitive and worth millions of dollars, the state faces stiff headwinds providing public transparency in an industry where lawsuits and charges of deception have been a constant for nearly five years.

The state has issued 38 dispensary licenses, and 37 are open across the state. State law allows individuals to have a stake in only one dispensary and one cultivator, and that’s the position of at least 21 owners in the Arkansas system.

Difficulties in compiling the list, as well as some out-of-date information from the Arkansas Department of Finance & Administration, underline the challenge as openness demands grow nationwide.

In Arkansas’ marijuana system, regulated to the point that every plant is tracked from seedling to patient, ownership data stands in sharp contrast. Who owns what is hard to pin down at any particular time.

For example, records supplied for this article listed Storm Nolan as the sole owner of River Valley Relief Cultivation in Fort Smith, but that’s not been the case since May. “I added my brother as co-owner about six months ago,” he said last week, and Arkansas Business reported the change at the time.

See the List of Owners
Arkansas Business editors compiled a spreadsheet of dispensary and cultivator owners using data on file at the state Medical Marijuana Commission. This list represents a snapshot of ownership as of Nov. 23. You can see a read-only version of the spreadsheet or paste the following URL in your browser to download a copy: arkansasbusiness.com/mjownerscopy.

In fairness, state officials say ownership is fluid, and the Arkansas Medical Marijuana Commission hears change-of-ownership requests almost monthly. Unlike states like Nevada, Arkansas does not keep a public database of cannabis enterprise owners, but it is considering compiling one to help respond to requests under the state’s Freedom of Information Act.

“If a database of ownership information would simplify these requests and serve as a straightforward, helpful resource, we would certainly pursue it,” state spokesman Scott Hardin said, calling transparency a continuing goal. “We have shared details regarding our medical marijuana program that other states withhold.”

The Department of Finance & Administration helped Arkansas Business compile the ownership list, which includes hundreds of names and scores of limited liability companies. LLC members’ names are not public record under Arkansas law.

The final list was too large to fit into the print edition, but it is online at arkansasbusiness.com/mjowners. The overlapping ownership interests are charted at the end of this article.

The entity with the biggest batch of owners — with 139 names on the list — is Good Day Farm, the cultivator that has sold a stake to owners and part owners of 14 different dispensaries. Good Day’s army of owners hold stakes ranging from 10.797% to 0.001%. 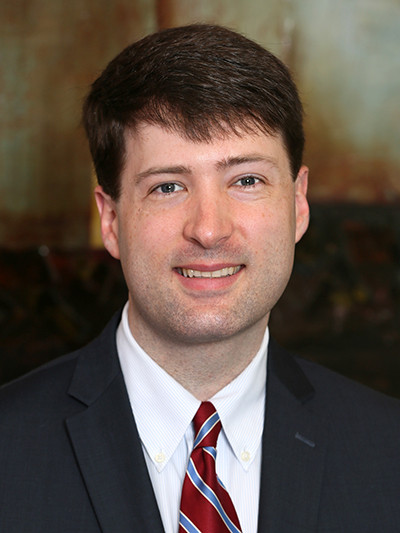 Little Rock attorney Alex Gray, representing Good Day Farm, told Arkansas Business last week that he had heard concerns about the potential for market manipulation, but he said company policy is to sell all its products to all dispensaries at the same price.

Asked about Good Day Farm’s exceptionally long list of owners, Gray said the company spent $20 million in the deal with Natural State Wellness, which had about 20 owners, and sought investment from a wide group of Arkansans and out-of-state residents.

Most of the Good Day Farm owners are passive investors, Gray said.

The “true ownership” of Arkansas’ cannabis enterprises has been a hot industry topic for months, as one industry insider put it.

“Management agreements also come into play,” one executive said, speaking on background. “Most cultivators have a license company and a management company, and one method is for management companies to funnel profits away from the licensed company, which lets the operator share in profits without being listed as an owner.”

Companies in the management deals say they’re strictly for the sake of business, not subterfuge, and that they serve patients better, providing sought-after brands.

The state’s annual permit renewal form does require cannabis companies to provide a copy of any agreements with management companies, Hardin said, but Arkansas allows dispensaries and cultivators to redact details under competitive-advantage exemptions under the freedom of information law. “This includes the specifics of the financial agreement between the cannabis company and the management company,” Hardin said.

Hardin said only about a third of all dispensaries reported management agreements for 2021 renewal. He offered no records on cultivators.

In Arkansas, the state needs current details on ownership to enforce its rules requiring that overall ownership be held at least 65% by Arkansans.

Arkansas Business compiled its dispensary owners list by reviewing renewal applications and transfer-of-ownership requests to the Medical Marijuana Commission. A reporter entered the names from the applications — some handwritten — into a spreadsheet. Hardin provided the cultivator owners’ names in a series of emails. Those were then entered into the spreadsheet and sorted to find people with ownership in a dispensary and cultivation facility.

“The state of Arkansas cares about having a warm body accountable for every license holder, someone they can send notifications to, and they care about changes of ownership being listed appropriately on the forms,” said Robbin Rahman, a Little Rock lawyer whose parents are majority owners of Harvest Cannabis Dispensary in Conway. “There’s nothing in the rules to compel keeping a database, or making it public. Agencies tend to address the rules as written even if that creates an absurd result.”

Robert Lercher, director of customer relations for the Bold Team cultivation center in Cotton Plant, responded to calls for his wife, Kyndall Lercher, and his boss, Mark Drennan. Drennan owns 24.5% of Bold Team and 100% of the Suite 443 dispensary in Hot Springs. Kyndall Lercher has a 25.5% interest in Bold and is outright owner of High Bank Cannabis, a Beebe dispensary.

“Her main interest is helping patients,” Robert Lercher said of Kyndall, a registered nurse. “Beyond her ownership in Bold, she wanted to help dispensary patients more directly. As for Mark, he’s just a good old country guy who wants to bring this product to patients who need it.”

David Couch, the Little Rock lawyer who drafted the state constitutional amendment voters approved in November 2016 to legalize medicinal cannabis, said he wanted individuals to be able to have an interest in both a dispensary and a cultivator, but only one of each. “I wrote that into the amendment to begin with.” The goal was fostering competition, “because I wanted the patients to be able to get the best product at the best price,” he said.
#asset_cutline
#asset_cutline

Ray Osment, a Jonesboro real estate developer, has found investing in both a cultivator and a dispensary more expensive than he first thought.

He’s an owner of Valentine Holdings LLC, which does business as Purspirit Cannabis Co., a Jonesboro dispensary, and Valentine Cultivation Co., which owns 28.01% of the Delta Medical Cannabis cultivation center in Newport.

“We were far off in our initial investment in the actual cost and what we thought we would spend,” said Osment, once a medical marijuana skeptic who came around to its potential as an opioid alternative.

As for having an ownership in both a retail location and a cultivation facility, Osment said that his companies want to sell to all, and wouldn’t favor his cultivation site’s products over others. “When we bought in the dispensary there were people that thought we wouldn’t sell anybody else’s products,” Osment said. “That’s not what we’ve done.”

He said he doubts that other owners would show favoritism to their affiliated cultivators or dispensaries. “I really don’t think there’s anybody out there in the cultivation world that’s got dispensaries that are not carrying other people’s products,” he said.

As for cultivator discounts to favored dispensaries, Osment said any sweetheart deals for his affiliated dispensary would be unfair to his cultivation partners without a dispensary stake.

Nolan, the Fort Smith cultivator owner, owns no dispensary stake and says he’s ready to sell to all outlets when River Valley Relief’s first harvest comes in next month.

“We expect to have product in the stores by early January, and hope to substantially increase the state’s cannabis supply. We hope to sell to every dispensary.”