Wes Cox and the University of Arkansas for Medical Sciences are serious about making northwest Arkansas an orthopedic hub.

The University of Arkansas System paid $13.6 million for 31 acres off Interstate 49 in Springdale to serve as the site of UAMS’ proposed $85 million, 185,000-SF Northwest Orthopaedics & Sports Medicine facility. Project specifics are still on the drawing board, but the head orthopedic surgeon knows what he wants.

“There has to be intentions to be distinct,” said Cox, team physician for the the University of Arkansas Razorbacks. “The goal is to be awesome, to be inspiring. Nobody likes it rubbed in their face that they are hurt. Sometimes when you’re going to a hospital or medical facility, it certainly seems like illness is reinforced.”

The proposed site is just south of Arkansas Children’s Northwest hospital. UAMS, based in Little Rock, acquired the property from Claypool Farm LLC, led by Mike Lamberth and Clayton Carlton, in July 2020. Cox and architect Marlon Blackwell of Fayetteville and members of Davis Stokes Collaborative Architects of Brentwood, Tennessee, have toured the property. Construction is expected to begin in August and finish in March 2024. The contractor is Nabholz Construction of Conway.

Cox said the neighboring children’s hospital will be part of the inspiration to make the facility less imposing to patients.

“What they have figured out are key ingredients in putting kids at ease and not making them feel intimidated and fearful of care; we are big kids too, so there are a lot of the same things,” Cox said. “We may not need crayons and stuffed animals, but there are adult strategies to try to put us at ease. For me it is a personal mission too because I really don’t like the sterility of most medical facilities. Pulling off a different look is challenging, but if you start out to do that from the front end, it is achievable if we are open-minded about the purposes the spaces serve.”

UAMS has two facilities providing orthopedic and sports medicine care in northwest Arkansas. One is a former two-doctor office — Cox’s practice before he joined UAMS in 2020 — and the other is a leased facility in Lowell.

There are nine doctors on staff with more expected. Cox and UAMS Northwest Vice Chancellor Amy Wenger said the business needed to expand to keep pace with the region’s burgeoning health care demands.

The new facility will be a one-stop shop for patients, a convenience unavailable at the smaller offices. Patients will be able to see doctors, have surgery and do rehabilitation, all under one roof.

“It is going to be able to provide a patient-centric facility in this region to serve the patients we have here,” Wenger said.

The expansion is in line with the region’s push to improve its medical offerings. The Northwest Arkansas Council says the region loses $950 million annually as residents seek medical care elsewhere. Cox said the surgical clinic would be a great recruiting tool for the UA, but it’s more important to the community’s efforts to recruit and retain employees. 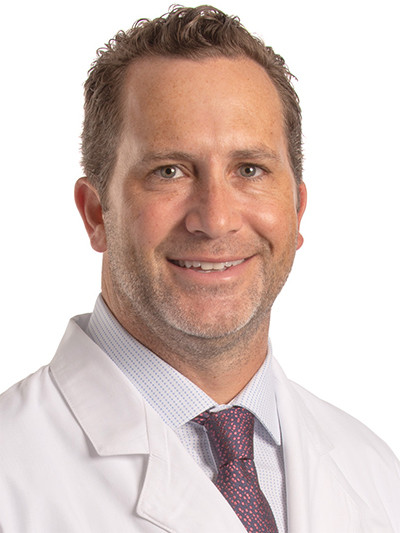 “When we look at the goals of the Northwest Arkansas Council and the goals of making this a true health care destination, we are hoping to make major contributions to all of those,” Cox said. “Realistically, I don’t know the exact number, but the university’s athletes are a smaller portion of our total patient population than you probably think. It is a significant amount of our time but [a small percentage] as far as the number of patients that are seen.

“We draw patients from Missouri, Oklahoma and Texas and beyond for specialized care. We are hoping to be able to offer one more reason why patients don’t leave northwest Arkansas for health care.”